Summer in the City

“A steamy trio of rom-com stories that is best savored slowly.” 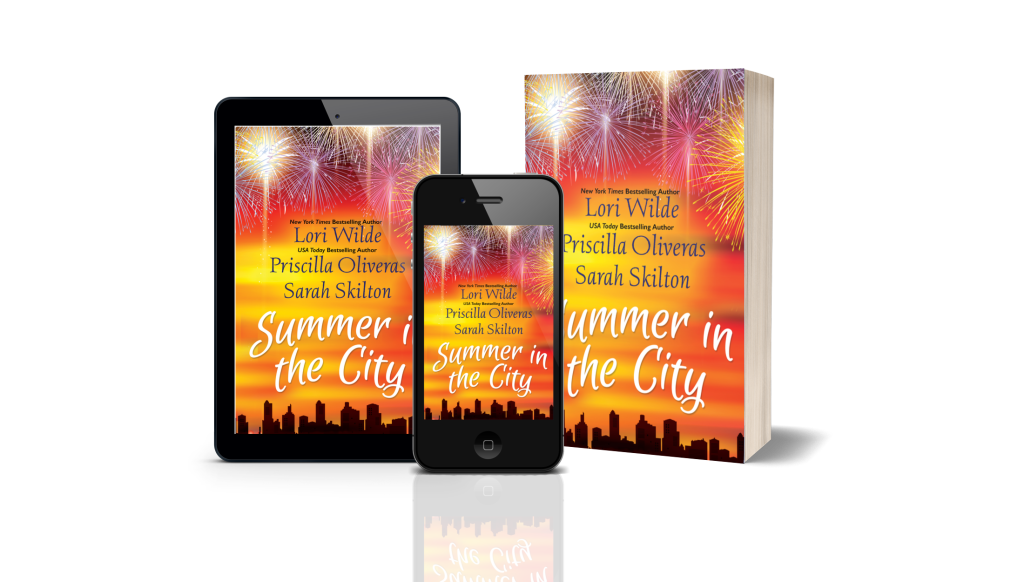 Each connected novella in this fun, fresh Rom-Com anthology follows a different woman from a group of NYC friends whose plans to escape the summer heat with a fabulous girls-only weekend suddenly lose steam when an unexpected blackout cuts off power to all of Manhattan. But while the lights are out, enemies become lovers, acquaintances find they have more in common than a pack of matches, and the city really heats up!

There’s nothing like summer in Manhattan. The days are long and the nights are even longer. But when the lights go out in the city, fireworks explode…

Night at the Museum by Lori Wilde
Art restorer Ria Preston knows a thing or two about beauty. And when she discovers her neighborhood crush, gregarious Wall Street advisor Vic Albright, is stuck overnight in the Metropolitan Museum of Art with her, she can’t resist taking him on a very private tour…

Lights Out by Priscilla Oliveras
Back in high school, Vanessa Rios and Mateo Garza were theater troupe rivals. Now Mateo’s a rising Broadway star and Vanessa is his most scathing critic. Cue a plot twist straight out of central casting: the two end up alone in his NYC apartment during the blackout, setting the stage for what could be their second act romance…

Mind Games by Sarah Skilton
What happens in college stays in college–unless you never get over it. In fact, Alison has been waiting to take her revenge on Nick, once the hottest guy on campus, now the hottest guy on the rising magician’s circuit. But her plans to sabotage his first show are upended by the power outage. That’s when the real magic happens…